This course will cover all the necessary steps to assemble a block breaker game using Unreal Engine 4. This course is intended for developers that are already familiar with the UE4 interface and can move between systems to construct a game. The videos have been kept to a minimum in length and have been structured to outline the steps with less theory explained.

I recommend that as a developer you watch a fundamentals course prior to this course if you are interested in the basics of moving about inside of the Editor. Many systems will be used within Unreal Engine and the course would exceed the 2 hour threshold for a free course if I were to teach how to move inside of the Editor along with the basic construction of the core game loop.

When considering the construction of a game you must use certain programming principles like inheritance and parent classes which will be shown in this series to allow for re-usability of code and cleanliness of construction of the project.

We will cover the following tasks in the series:

By the time you have finished the series you will be knowledgeable enough to create and publish a simple block smashing game designed inside of Unreal Engine 4. 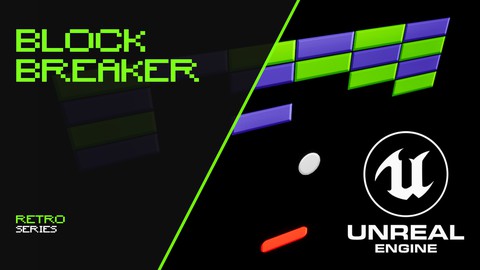