Python Basics for Math and Data Science 1.0: Numpy and Sympy

Hey there! I welcome you all to my course – Python Basics for Mathematics and Data Science 1.0 : Numpy and Sympy . This course mainly focuses on two important libraries in python called as Numpy and Sumpy. If you’re someone who know the basics of Python and looking forward to develop a project or kickstart your career in Data Science and Machine Learning, this course will highly motivate you to learn further.

After completing this course, you’ll be able to

2. Access the elements, rows and columns of a numpy array

3. Do matrix addition, multiplication, transpose operations in Python in a single line code

5. Solve linear equation with one unknown in python

and a lot more stuff.

NumPy is a library for the Python programming language, adding support for large, multi-dimensional arrays and matrices, along with a large collection of high-level mathematical functions to operate on these arrays.  The ancestor of NumPy, Numeric, was originally created by Jim Hugunin with contributions from several other developers. In 2005, Travis Oliphant created NumPy by incorporating features of the competing Numarray into Numeric, with extensive modifications. NumPy is open-source software and has many contributors.

Nothing more to write here! I’ll see you there in my lectures! 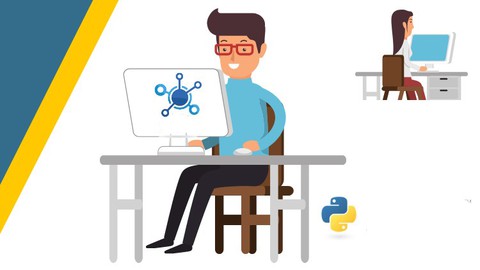