As you can see, the gains you get from React are really amazing. There are many possibilities offered by this library, regardless of the size of the project and the application you want to develop. In addition, as you can see from the comparison with Angular and Vue, React was conceived with the idea that it would be a simple tool to use thus allowing the learning curve to be very steep. Contrary to a framework like Angular, we can master React Programming quickly allowing us to get the most out of it and become real experts in a short time.

What’s more, there are many other advantages we have not yet mentioned. For example, the fact that it is a declarative language makes it extremely easy to create interactive interfaces, since it is React that is responsible for updating and rendering the components when the data on the server-side undergoes any modification. Added to this is the ability to use JSX, which is used as a preprocessor that saves us a lot of code, facilitates syntax, and is similar to writing HTML, which means we will be writing code that will be transformed into Javascript.

If you want to dive into the world of React, you can do some test-runs. The first thing you will have to do is install it on your computer. For this, you will have two options. The most common way is to install the npm packages and run them using the terminal, then install React as indicated in the instructions of the npm library. Then, you will have to make sure to request it in your app.js file, so that you can use it. The second way is the most sophisticated and yields the best results. For this option, you would use the npx package designed by Facebook, which allows you to directly run the application in a much simpler way. In addition, you can resort to running the npx package create-react-app app-name and thus you will see how the entire architecture is generated so that executing it will be as simple as typing npm start on your console. 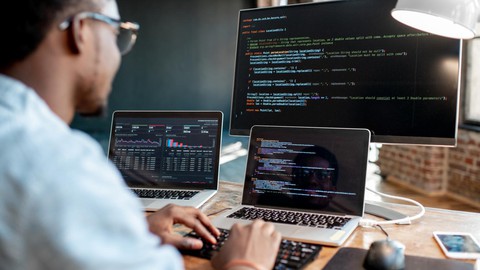