NeuroEvolution of Augmenting Topologies (NEAT) is a genetic algorithm (GA) for the generation of evolving artificial neural networks (a neuroevolution technique) developed by Ken Stanley in 2002 while at The University of Texas at Austin. It alters both the weighting parameters and structures of networks, attempting to find a balance between the fitness of evolved solutions and their diversity. It is based on applying three key techniques: tracking genes with history markers to allow crossover among topologies, applying speciation (the evolution of species) to preserve innovations, and developing topologies incrementally from simple initial structures (“complexifying”).

In order to encode the network into a phenotype for the GA, NEAT uses a direct encoding scheme which means every connection and neuron is explicitly represented. This is in contrast to indirect encoding schemes which define rules that allow the network to be constructed without explicitly representing every connection and neuron allowing for more compact representation.

The NEAT approach begins with a perceptron-like feed-forward network of only input neurons and output neurons. As evolution progresses through discrete steps, the complexity of the network’s topology may grow, either by inserting a new neuron into a connection path, or by creating a new connection between (formerly unconnected) neurons.

The competing conventions problem arises when there is more than one way of representing information in a phenotype. For example, if a genome contains neurons A, B and C and is represented by [A B C], if this genome is crossed with an identical genome (in terms of functionality) but ordered [C B A] crossover will yield children that are missing information ([A B A] or [C B C]), in fact 1/3 of the information has been lost in this example. NEAT solves this problem by tracking the history of genes by the use of a global innovation number which increases as new genes are added. When adding a new gene the global innovation number is incremented and assigned to that gene. Thus the higher the number the more recently the gene was added. For a particular generation if an identical mutation occurs in more than one genome they are both given the same number, beyond that however the mutation number will remain unchanged indefinitely. 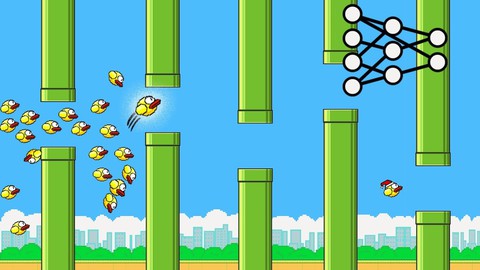