Android is an operating system that is built basically for Mobile phones. It is based on the Linux Kernel and other open-source software and is developed by Google. It is used for touchscreen mobile devices such as smartphones and tablets. But nowadays these are used in Android Auto cars, TV, watches, camera, etc. It has been one of the best-selling OS for smartphones. Android OS was developed by Android Inc. which Google bought in 2005. Various applications (apps) like games, music player, camera, etc. are built for these smartphones for running on Android. Google Play store features more than 3.3 million apps. The app is developed on an application known as Android Studio. These executable apps are installed through a bundle or package called APK(Android Package Kit).

The Android App Development Fundamentals is a brand new providing the perfect introduction to the real-world Android concepts and skills required to be a successful Android developer. Whether you are a complete beginner this course will go from setting up and installing Android Studio to building real apps that are useful and look great. You’ll gain understanding of the core important aspects of Android app development.

Here in this course you will learn what you should know to be android app developer:

From the Android Introduction to Starting Activities.

In the Android Developer Fundamentals course, you learn basic Android programming concepts and build a variety of apps, using the Java programming language. You start with Hello World and work your way up to apps that schedule jobs, update settings, and use Android Architecture Components. 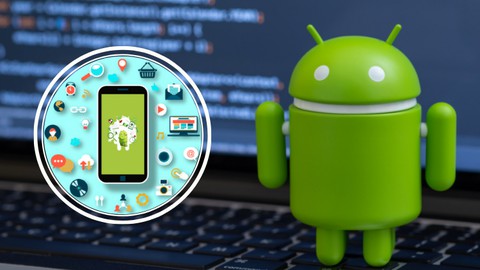